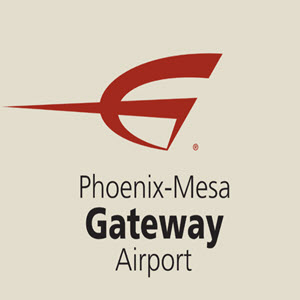 Gateway Airport makes it easy to connect to more than 35 destinations. The former Williams Air Force Base played a strategic role in America's aviation history.

Over a span of 52 years, more than 26,500 men and women earned their wings at Williams. Gearing up for the combat pilot demands of World War II, the Army Air Corps broke ground in Southeast Mesa, Arizona for its Advanced Flying School on July 16, 1941. In February 1942, the growing military base's name was changed to Williams Field to honor Charles Linton Williams, an Arizona-born pilot. The facility was re-designated as Williams Air Force Base (WAFB) in January 1948.

The Base was closed in 1993 and officially reopened as Williams Gateway Airport in March 1994. In 2008, the name of the Airport was changed to Phoenix-Mesa Gateway Airport. Today, Gateway hosts more than 40 companies, serves more than 35 cities with non-stop service via Allegiant, and contributes $1.3 billion annually to the Arizona economy. Gateway is also developing as an international aerospace center with aircraft maintenance, modification, testing, and pilot training.

Gateway has been designated as Foreign Trade Zone #221, as well as a Military Reuse Zone, offering aviation companies a significant financial edge in the global marketplace.