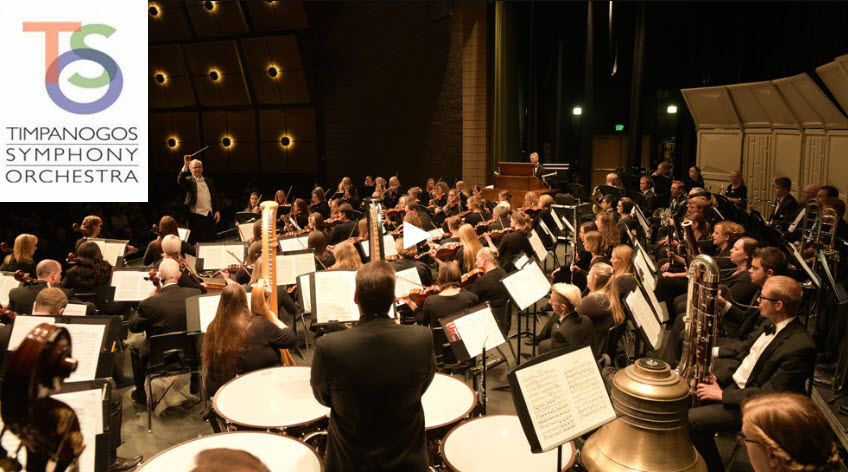 John Pew is the Music Director of the Timpanogos Symphony Orchestra. He is an energetic champion of live symphonic music known for his warm rapport with audiences and musicians alike and his genius for innovation and education.

He has led the TSO since founding it in 2010. Now in its sixth season, the orchestra has grown to include 75 musicians, an actively engaged board of directors, and many other volunteers who together donate more than 10,000 hours each year to bring symphonic music to north Utah County.

Like John himself, the musicians in the orchestra are unpaid. Selected by audition, they nonetheless represent different skill levels, from amateur to professional. John is a master at keeping all of them inspired and engaged, forging personal connections and leading rehearsals with a sense of energy and abandon.

He is a tireless, enthusiastic teacher in many settings. He educates audiences through his choice of repertoire and program notes and by taking the TSO and its music to elementary schools and underserved communities from Tooele to Nephi. He reaches out to youth through the TSOs Aspiring Musicians Competition and by inviting young musicians to play side-by-side in the orchestra. He stretches the orchestra by programming a balance of challenging and accessible music, by inviting professional musicians to coach sections and to critique the orchestra as a whole, and by featuring superb guest soloists.

The TSO has gained a reputation among community orchestras for excellent performance and innovative programming. Innovations have included new commissions, performance premieres, and outside-the-box programmings such as an organ symphony, music from the Baroque and classical periods, family-friendly Halloween concerts, Broadway classics and movie music, and an evening of classic rock.