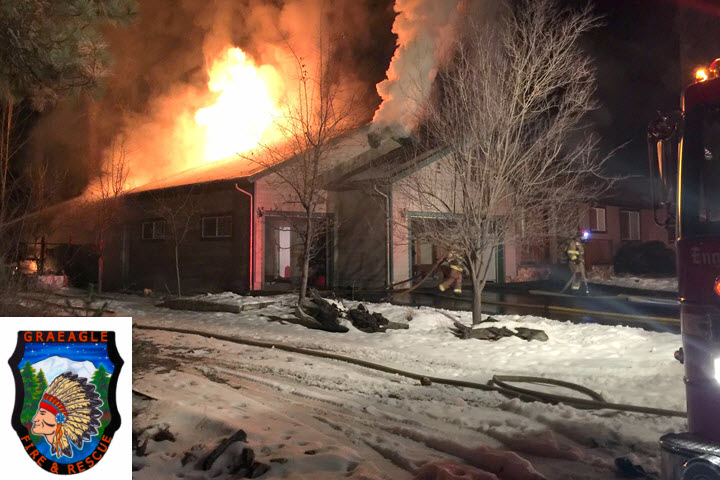 TO THE BEST OF OUR RECOLLECTION

Graeagle Fire Department was first organized in or around 1919 it was company owned and operated by Graeagle Lunder Company and responsible for fire protection at the box factory and company owned buildings.

In 1958 the holdings of the Graeagle Lumber Company were purchased by the West family. During this time dedicated firefighters continued to operate the Fire Department including Harver West, Bob Thompson, Dick Laird, BG Vernazzi, and Willie Burns.

The Graeagle Fire Protection District was formed February 6, 1967. Nine firemen were on the roster at that time.

Chief Grorge Foshee, Chief Clint Tripp, Chief Dan West, Chief Steve McNamara along with the current Chief Ed Ward have courageously led our vaolunteer firefighters wo where we are today!