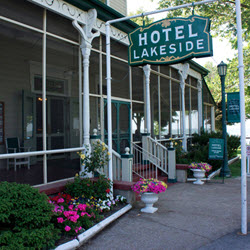 Lakeside's official history began under the sponsorship of the Central Ohio Conference of the Methodist Church. Among the early organizers and financial backers were Alexander Clemons, the patriarch of one of the peninsula's leading families; the Rev. Richard P. Duvall, a local Methodist minister and ex-missionary; B. H. Jacobs, an immigrant from Denmark, civil war veteran and Port Clinton store owner; and 27-year-old Samuel R. Gill who had grown up on the peninsula.

For the rest of the summer of 1873 and the next, revivals continued and the crowds grew. Methodists predominated, but other denominations were present and welcomed. A large shelter with a permanent roof and open sides were built near the site of today's Hoover Auditorium. Members of the German-speaking Methodist Church joined in 1874 and would eventually build their own auditorium for programs. That building still stands today as South Auditorium.

A few cottages were built overlooking Lake Erie, while the tents multiplied. Sanitation was basic and beds were not much more than piles of straw covered with quilts and blankets. Cooking was usually done outdoors. Permanent wooden tent frames soon became cottages. Increasing crowds demanded more comfort and in May of 1875, the first unit of the Hotel Lakeside was built. 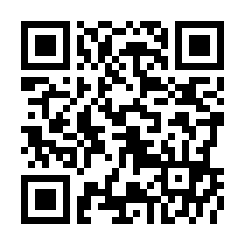 We love Customer feedback so please rate us and leave a short note if you like. If you are unhappy please include your phone number. Thank you very much.
140 characters left.